Play ‘n Go are a casino software provider that most players will be familiar with. They first appeared in the mid-1990s. However, it wasn’t until 2010 that their status as a leading developer of casino games was cemented. Today, Play ‘n Go are considered one of the safest, most trustworthy providers you can choose to play games with. The most popular online slot machine from this developer is Book of Dead.

Over the last few years, the software developer has finally started picking up the plaudits it deserves for its efforts. They have won “Mobile Product of the Year” from the International Gaming Awards. They have also picked up honours for individual games, and their RNG-based table game efforts. Play ‘n Go is solely a games developer and doesn’t mess about with back-office software. So, what else is known about this popular provider of online casino games? Let’s find out…

The History Behind Play ‘n Go

Play ‘n Go claims to have a history stretching back to the 1990s. However, that is quite hard to verify. Back in that decade, the company was merely a group of link-minded friends developing games. It wouldn’t be until a decade later that their attention turned to the online casino world. We’ll pick up the tale in 2005, when Play ‘n Go’s first slots started to appear at online casinos.

Of course, like any fledgeling provider, Play ‘n Go needed a bit of help getting started. While the company could develop slot games readily enough, they had trouble getting coverage for them. They joined forces with NetEnt to feature at their casinos. From 2010 and onwards, a lot of media coverage came Play ‘n Go’s way.

Today, the casino software provider has a modest portfolio of titles. They regularly release around thirty new slots a year, each being playable in over 30 languages and in HD. The software provider holds licenses issued out of the main gambling jurisdictions, such as Malta, and the United Kingdom. They also hold licenses from smaller authorities, such as those in Italy, Alderney and Denmark, to name but a few. Play ‘n Go no longer relies on fellow developers to gain coverage for their top slots. However, they do not provide operators with software to run casinos. As such, their games still feature at domains which are essentially powered by rival providers. Popular casinos where you can play their games are Casilando-UK and 21Casino-UK or check the table below:

Play ‘n Go’s slots feature at around 100 leading casinos, and countless more, smaller-scale ones. The most likely place to find casino games from this developer are those casinos which run NetEnt software. This hasn’t changed in their time at the top. However, Microgaming casinos (particularly those which offer the Quickfire) platform also dish out Play ‘n Go games.

This is a casino software provider is caters primarily to players based in the United Kingdom and Scandinavia. However, Northern Europe and Asia are also fairly big markets for Play ‘n Go. Thus far, online casinos tend to be the most likely type of betting site to find their games at. However, online sportsbooks have been known to feature Play ‘n Go titles, too.

Play ‘n Go’s games are known for being mobile-friendly. They also feature HD graphics and can be played in over 30 languages. Flexible currency options can also be found in titles from this developer. This helps Play ‘n Go appeal to a far wider audience than many of their counterparts.

This developer’s games are all about being customisable. Their game integration platform (known as Game Account Toolkit or GAT) is one of the most user-friendly for operators. The software is based on instant play platforms, so even mobile users won’t have to download apps or suites. Each game features scalable software, which re-adjust the game to the screen you happen to be playing on. In terms of customisability and friendliness, Play ‘n Go goes the extra mile to make their games work for everyone. Get the best casino bonus 2019 and play slots from this provider.

Play ‘n Go has broadened their operations of late. To date, they produce fixed odds games, video bingo, scratch cards, video poker and table games alongside slots. However, online slot machines do make up the lion’s share of their titles.

Traditional casino table games include three hand casino hold’em, several roulette variants and money wheel games. Blackjack, casino stud poker, baccarat and a handful of video poker games can also be played. At this moment in time, Play ‘n Go hasn’t developed live dealer titles. However, they do have a great array of slots which are worth playing. Let’s look at those next…

The Inside Track on Play ‘n Go’s Slots

Play ‘n Go slots cover many different themes. Very few classic slots have been produced by this developer. Instead, they tend to focus on video slots. Similarly, there aren’t too many progressive jackpot slot machines for Play ‘n Go players to try their hand at. Fire Joker is one such game. Branded slots have been developed, though. One of the most successful around in the Hugo series of games from Play ‘n Go. They also have a couple live casino games.

Most Play ‘n Go slots feature the developer’s famous slider bar. This is located beneath the reels. It rapidly allows players to adjust their stakes without the need for coin values or coin sizes to be altered. Many Play ‘n Go games are rightly considered to be low variance games or medium variance at most. This makes them ideal for inexperienced players. Just because they might seem simple, Play ‘n Go slots do come with features aplenty. Free spins, wild symbols, re-spins and click and win bonuses are usually the bare minimum offerings in their titles. 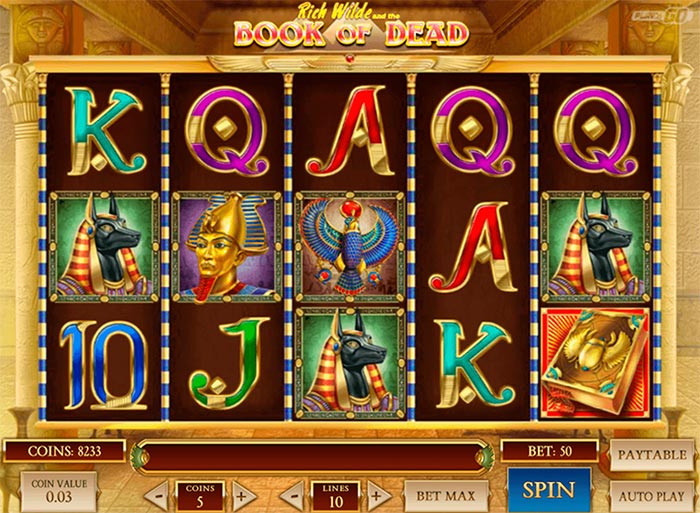 Play ‘n Go has developed hugely popular slots, and to be fair, a few less successful ones. Some of the more internationally recognised games include…

Play ‘n Go has put together an excellent portfolio of games over the years. Other slots worthy of your attention include Battle Royal, Iron Girl, Rise of Olympus and Reactoonz. Players may also like Prosperity Palace, Cloud Quest, Baker’s Treat, Legacy of Egypt and House of Doom.

Play ‘n Go is one of the most recognisable software developers out there. This implies that they offer safe, regulated and certified games. However, if you need more reasons to play their titles, how about these?